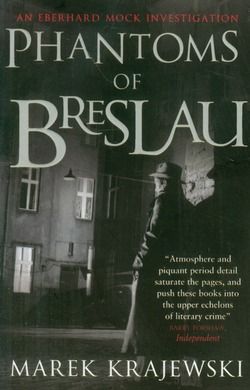 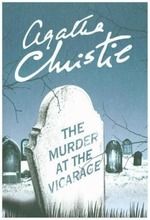 It is 1919 in Breslau. The hideously battered bodies of four young sailors are discovered on an island in the River Oder. When Criminal Assistant Mock arrives at the scene to investigate, he discovers a note addressed to him, asking him to confess his sins and to become a believer. As he endeavours to piece together the elements of this brutal crime, Mock combs the brothels and drinking dens of Breslau and is drawn into an insidious game: it seems that anyone he questions during the course of the investigation is destined to become the murderer's next victim. Ultimately he uncovers a secret society which has the Inspector himself clearly in its sights. Dark, sophisticated and uncompromising, the distinctive Breslau series has already received broad critical acclaim. Phantoms of Breslau confirms Criminal Assistant Mock as surely the most outrageous and original detective in crime fiction. 'Polish author Marek Krajewski does a fine job of conjuring the chaos of Breslau (now the Polish city of Wroclaw), while Mock - a man of conflicts and contradictions - makes for a refreshing protagonist' Fachtna Kelly, Sunday Business Post in Ireland. * Sunday Business Post in Ireland * 'Phantoms of Breslau is a cynical, moody thriller which solidifies Krajewski's position as a distinctive voice in contemporary European fiction' Val Nolan, Irish Examiner. * Irish Examiner * 'Krajewski was lecturer at the University of Wroclaw, and he prides himself on historical accuracy. His Breslau is populated by pimps, prostitutes and cynics, and it isn't hard to believe that the city will one day become one of Hitler's strongholds' Joan Smith, Sunday Times. * Sunday Times * 'A classicist at Wroclaw University, Marek Krajewski - in his splendid series of crime novels about inter-war Breslau - disinters this buried metropolis like a fictional archaeologist... Breslau 1919 lives again... If the secret of these deaths lurks in the wartime past, the ritualistic dogma that surrounds them very faintly hints at an equally grim future' Boyd Tonkin, Independent. * Independent *

The Adventures & Memoirs of Sherlock Holmes